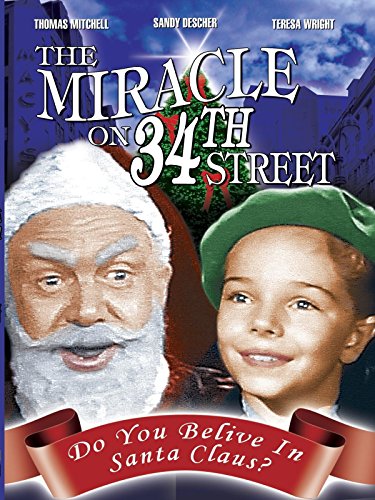 Maybe one of the most classic Christmas movies ever, The Miracle on 34th Street is a great family movie.

Summarize the movie in a tweet: In “Miracle on 34th Street (1947)”, the Atticus Finch of Christmas defends a Macy’s Santa in the New York court of law after a doctor accuses him of being crazy.

Why should students watch this movie this holiday season: What happens when Macy’s hires the real Santa Claus to perform in the thanksgiving parade? A man by the name of Kris Kringle is hired to play Santa Claus at Macy’s in New York after a very serious Susan Walker asks him to fill in last-minute for the Macy’s Thanksgiving parade. While working at Macy’s he gains quite the reputation for spreading Christmas spirit but manages to irritate a coworker, leading to an accusation of his sanity and authenticity. Grab your family for a “Miracle on 34th Street”  movie night because it’s the perfect family film to watch during the holiday season with its wonderful cast and even better story.