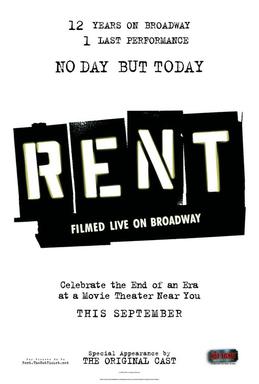 Aidan recommends watching not the movie version, but the recorded Broadway version of Rent.

Movie: “Rent: Filmed Live on Broadway” (Note: This is NOT the 2005 film adaptation. This is the 2008 filmed performance)

Streaming: Apple TV (Someone also uploaded it on YouTube for free)

Summarize the movie in a tweet: A filmed version of the final Broadway performance of the musical “Rent”, the story follows a group of friends as they struggle with love, life, and art during the 1980s AIDS crisis in New York.

Why should students watch this movie this holiday season: When you think of holiday movies, you don’t usually think about “Rent”, but once you dig deeper into the story, it starts to make sense. First off, the first half is very much set during Christmas, which makes it an obvious candidate. Sure, the second half is set during the New Year and beyond, but before the credits roll, we’ve returned to the 24th of December.

Secondly, the entire movie centers around the stories of love and tragedy that the characters go through. What could be more Christmasy than that?

For those of you unaware, “Rent” follows the life of a group of seven friends as they try to navigate the world during the AIDS crisis. Three of said friends, Mark Cohen, Roger Davies, and Mimi Marquez, are the key players, with Roger and Mimi trying to form a romance, despite difficulties, and Mark trying to make a documentary.

Despite the original show being developed in 1996, and being set in the late 1980s, the themes still hold up. Artistic integrity in an increasingly corporate era, love, struggle against sickness (especially relevant in this COVID era), and learning to find happiness in life are all themes and emotions that still are resonant to today’s world, perhaps even more so. The characters also feel relevant to today’s times, especially for those interested in the creative field.

The music also holds up to today, with a range of upbeat rock songs to sad melodies that stick in your head long after they’ve finished.

“Why not watch the film adaptation?” Well, it’s simple. The film doesn’t quite have the same feel, the same bite that the original stage adaptation had. Despite being a limited set on a stage, the musical has more of an impact. Eventually, you’ll be so engrossed in the narrative, the story, and the characters, that you’ll forget that you’re watching actors on a stage.

No matter if you love movies set at Christmas or hate them, this one will capture both audiences, with all the themes of a Christmas story combined with a bite and sense of maturity that few have.