Watch The Show, Stay For The Game

The halftime show was not to be missed this year as it lived up to the pregame hype. 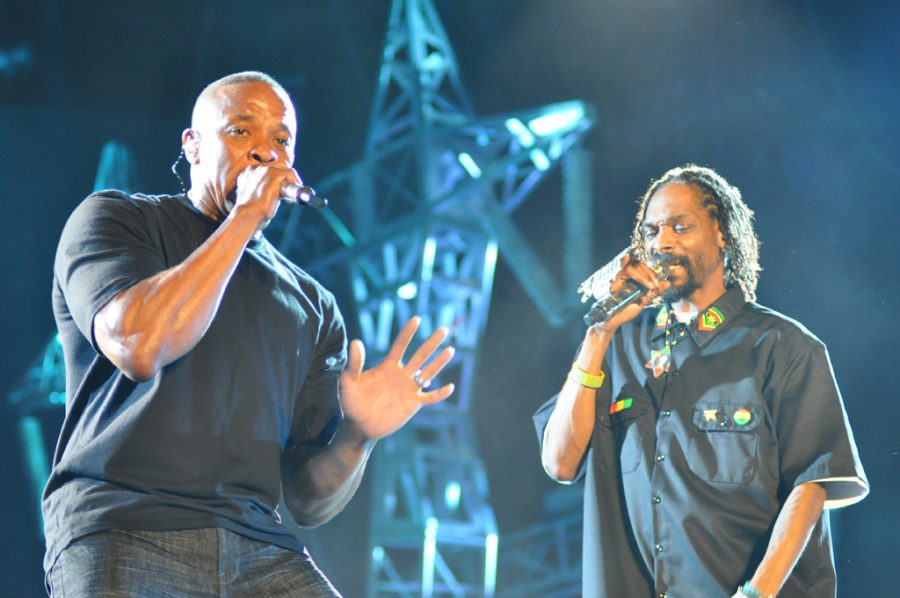 Dr. Dre and Snoop reunited at The Super Bowl to headline the halftime show.

As the second quarter of the Super Bowl was coming to an end, there was one thing everyone was thinking about—the Halftime Show. The theme they went with was clearly “old-school,” with special artists like Snoop Dogg, Dr. Dre, Mary J. Blige, Eminem, and Kendrick Lamar. The stage resembled a house, with lavishly-decorated rooms that the artists and dancers performed in.

The show starts off with Dr. Dre and Snoop Dogg performing their classics together, including songs like “Next Episode” and “California Love,” which especially paid homage to another 90s legend, Tupac. They also brought 50 Cent on as a special guest, and he performed one of his most popular songs, “In Da Club.” This trio’s performance was an iconic moment out of the whole halftime show.

After that, Mary J. Blige appeared on the roof to perform her song, “Family Affair.” Accompanied by backup dancers, she had really good choreography and her voice was really nice. Mary J. Blige sang her song differently from the recorded track, adding a piano part where she belts her heart out—making her performance unforgettable.

After her performance, the camera switches to an angle where we see people in boxes, Kendrick Lamar in the middle of them all. He started rapping the intro to “M.A.A.D City” and it suddenly faded into “Alright.” His performance was really unique compared to the other artists. The way Kendrick and his dancers moved around the stadium was really entertaining to watch. The camera switches to an angle above Kendrick and the dancers and we saw the way they all walked and the different patterns they made.

As the camera focused on the front of the stage once again, we saw Eminem going up an elevator. He stood on top of the stage, accompanied by Dr. Dre on the piano and a surprise guest, Anderson Paak, on the drums, and performed one of his best and most popular songs, “Lose Yourself.” After that, Dr. Dre sat down at the piano and played the intro to “Still D.R.E” on the piano, bringing all the performers on the roof to sing their last song together.

This is a list of all the songs they performed in order.