One of Dominion's most relaxed and free form clubs allows students to explore their love of anime. 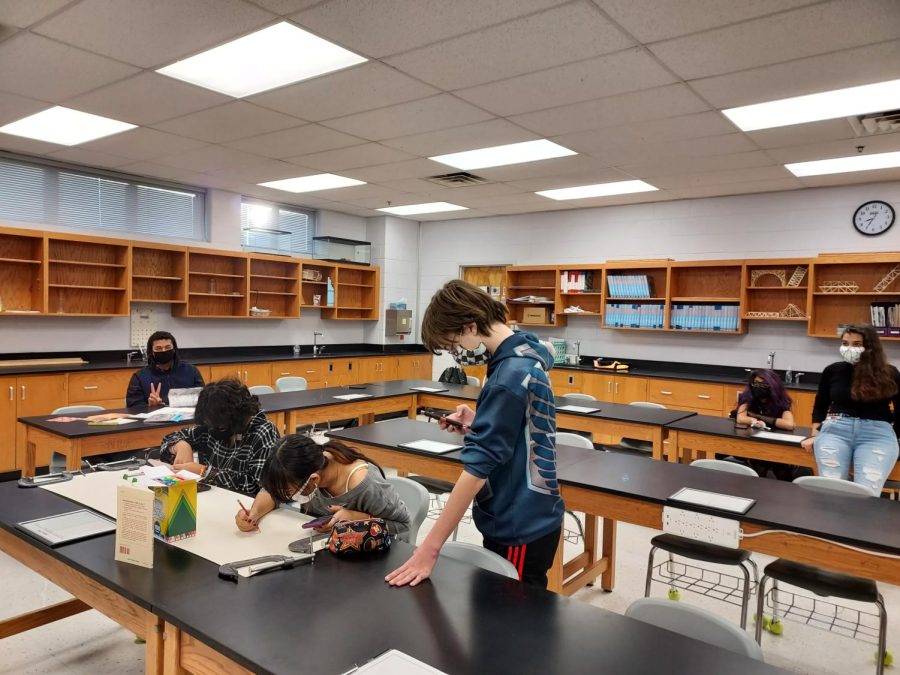 Students meet in Ms. Wolfson's room every other Friday for the anime club.

The Anime club is something that the Dominion High School community has always enjoyed and is growing in popularity. Surprisingly, this club isn’t as new as people believe it to be, with a history going back before it started at Dominion.

“I was approached by a student who said, ‘Hey, I heard there used to be an anime club and we wanted to get [the club] back together’,” sponsor and club leader Karen Wolfson said. For her, it was an easy decision to accept, as she stated that she’s had an anime club ever since she started her teaching career in 2004.

Wolfson has been an anime and manga enthusiast for a long time. “I started watching anime when you had to get a bootleg [VHS] tape from someone who had been in Japan,” Wolfson stated.

For freshman Spencer Craig, who got into anime through his friends, joining the club was an easy decision. “My brother mentioned to me before the first meeting that there was an anime club and I had gotten really into anime,” Craig said.

Both Ms. Wolfson and Craig noted that the club has a typically relaxed atmosphere, where the daily agenda is often determined by students. For example, at one meeting, the students filled the board with drawings of anime. “It’s kind of like hanging out,” Craig said.

Wolfson shared a similar perspective. “We are a loose group; just people who show up and want to watch anime [and] read manga,” she said.

With anime being a diverse genre, from action oriented shonen (such as Craig’s favorite anime, “Naruto” and “Demon Slayer”), to romance, it’s hard to ensure everyone is accommodated. Wolfson mentioned how she made sure to survey students in order to help decide what to watch.

In terms of future plans, Wolfson stated, “I would love the club to be much more active” and expressed hope for more events, including cosplay, another love of hers. She also hopes to be able to delve into anime with darker themes, as school censorship has kept her at the PG level.

For those who wish to join, the anime club meets on A-Day Fridays in Room 612.