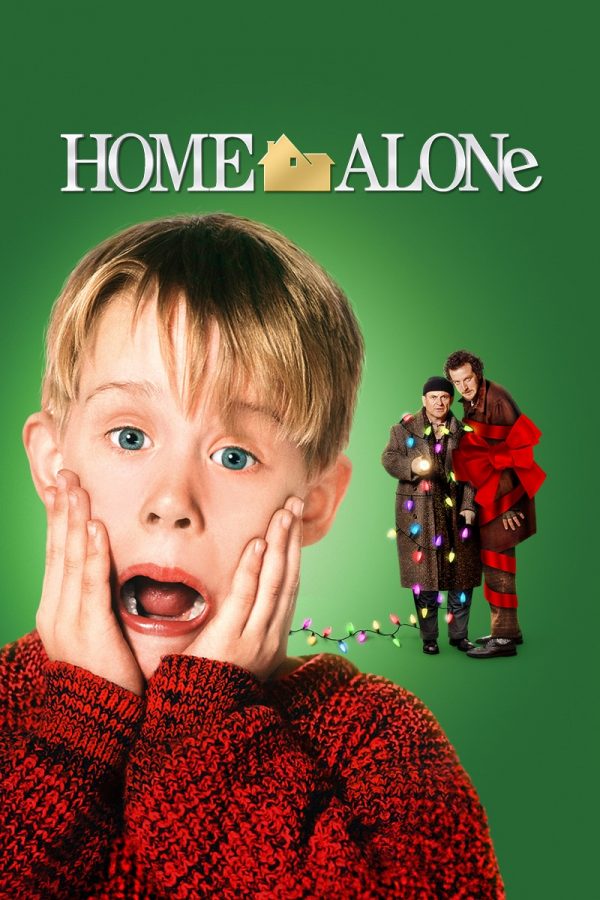 Now over 30 years old, Home Alone is a comedy for any age.

Summarize the movie in a tweet: Kevin McCallister, an eight year old boy whose chaotic family forgot him at home over Christmas vacation, is threatened by robbers in his neighborhood. While he fends them off with BB guns, toy cars, and paint cans, he realizes that all he wants for Christmas is his family back.

Why should students watch this movie this holiday season: I think we’ve all watched this movie once or twice, and if you haven’t, it’s time to crawl out from the rock you’ve been living under. Why wouldn’t you want to watch a movie where an eight year old boy outsmarts two fully-grown idiots who attempt to burgle his house?

I’ll admit that the concept sounds increasingly impossible as we get older, but I’ve found that this part makes it even more fun to watch. I’ll find myself completely engrossed in Kevin and his goofy victory dance after every successful prank, until it flashes across my mind that he only had one day to plan and execute a level of trickery and construction incapable by most small children. He grocery shops, does the laundry, and makes himself a “highly nutritious microwavable macaroni and cheese dinner.” I couldn’t have attempted half of the responsibilities that he

If you won’t let Kevin’s  charming ways break through your bah-humbug exterior, the appeal of the family dynamic as a whole allows for enjoyment of the many. It’s not just a movie for eight year olds or those who identify with