Fed Up With Schoology 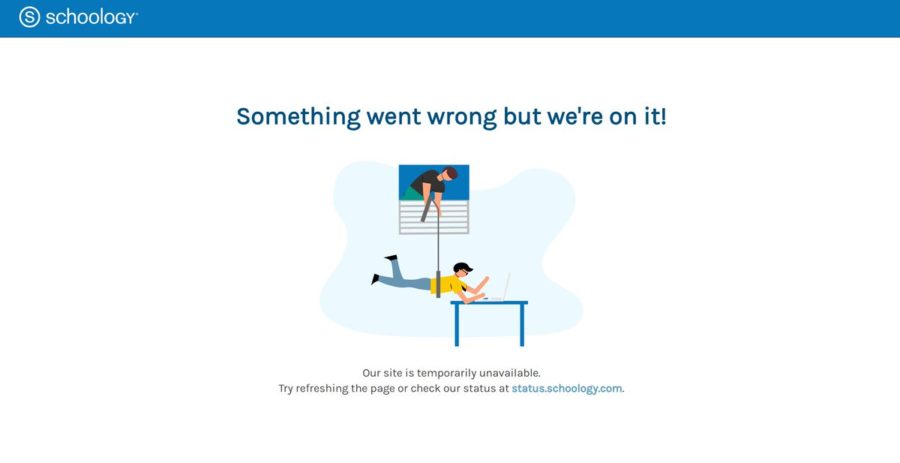 The all too familiar warning that students and staff saw last week when logging in to Schoology.

From the very beginning of this school year, my hatred for schoology has been displayed and obvious to anyone who brings up the subject. In September, I wrote about how annoying the platform was and the change from Google Classroom was unnecessary. Now, my annoyance isn’t about how the website is, but rather how unreliable and slow it is.

Last Tuesday and Wednesday, the platform crashed, which made getting onto classes and doing work impossible. Due to being all online, there is no way (besides email) for our teachers to communicate with us. I was unable to get into my biology class or my p.e. class during both crashes.

With the crashes occurring during the school day, I missed the work in each class. This meant that I would have to add that additional missed work to my homework later, which may not seem like a lot, but still makes the difference of going to bed at 10:30 or 11:30.

Though I liked having a break in the day and having a valid excuse to miss class, it caused me a lot of stress later in the day. If this was the first time schoology has gone down, I wouldn’t have cared and it would have been just a funny thing that happened. As this is one of several times it has happened, I am insanely frustrated with the program and I am really hoping that it doesn’t happen again.

I have said it several times but I will say it again, making the switch from Google Classroom to Schoology was one of the worst changes the school could have made, especially for a year of virtual learning.