The reversal allows for the same rules of attendance that sports had been granted. 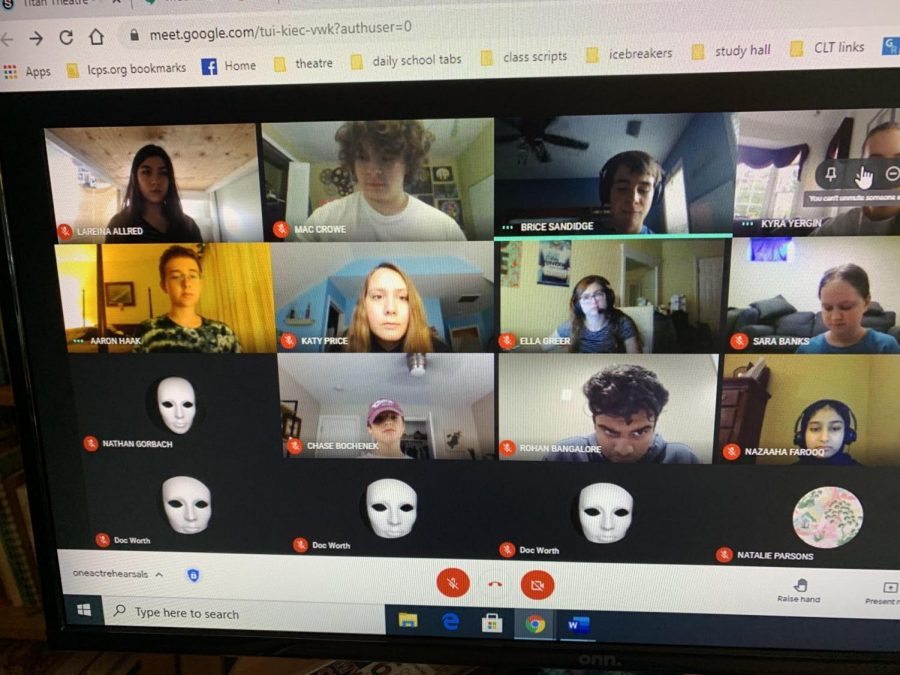 Unlike the fall play, the spring musical will be held in the auditorium.

In the face of COVID and its reign over the school system as of late, one shining example of resilience has been the schools’ methods of finding ways to create once again—whether through a virtual performance of the theater program’s radio show or a socially-distanced marching band performance. Although the Governor’s Executive Order 72 recently deemed fine arts performances “social gatherings” to limit the numbers in attendance of live shows, this ruling was soon overturned (17:35).

The initial guidelines actually made performing much harder for the state’s performing arts programs. It declared that the gathering of the Fine Arts was considered a “social gathering,” to set a maximum occupancy of 50 people indoors and 100 outdoors. However, revisions after hearing from many outraged parents and students sought to bring greater equality between sports and performance arts with an umbrella rule of 30% capacity for both inside and outside over all activities.

Regardless of the welcome change to this legislation early on, the designation invalidating an entire community’s hard work and valuable form of expression, the initiative that many teachers have had to create an experience for their students is running out of steam from hurdle after hurdle, and regulatory change after change. “It makes me feel less than,”  Marching Band director Ryan Rowles said. “How is a curricular group considered a social gathering and a sporting event is not?”

“I can tell you that as a teacher, as a professional, who spends all of my time doing this, to have the [culminating product] of all of my work deemed a social event felt very, very demoralizing. To be like, my entire career, all the work that I’ve put in this year with my students is just the same as a barbecue—it is condescending to the work we do,” added Fine Arts chair and choir director My-Van Nguyen.

Students, staff, parents, by fighting to reverse this directive and safely perform for others once again, contribute much of their success to a petition on change.org. It ultimately amounted to over 12,000 signatures, and prompted even more people to call or email their local representatives for change.

Specifically for theater programs across the county—many of whom have been preparing spring musicals for several months—this mandate formerly meant the death of their in-person performances or even the possible erasure of a show in its entirety. “To be honest, the thought of putting on another virtual production is soul crippling,” theatre director Doc Worth said.

Similarly for the band program, its concert band and marching band would have been forced to host a miniscule audience for their upcoming events or decide to cancel them altogether.

“One of the most fulfilling aspects of fine arts is live performance and the relationship between audience and performer. When you have a big solo and you nail it, hearing the audience respond to that is a feeling that can’t be described. Without someone to respond to the music that you are performing, it diminishes the experience,” Rowles explained.

Worth further explained, “To have sports considered entertainment and the performing arts considered a social gathering is infuriating. It simply demonstrates how little value this state does not understand or value anything but sports.”