Who Is Marjorie Taylor Greene And What Happened In Congress With Her Last Week? 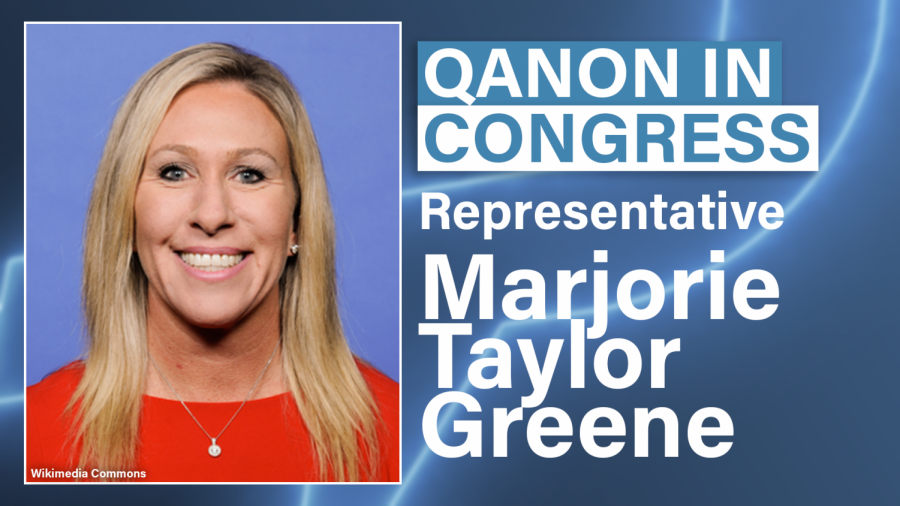 Marjorie Taylor Greene was removed from her committees last week.

Marjorie Taylor Greene is the newly elected representative of Georgia’s 14th Congressional District currently serving her first term in Congress, and served on the House Education Committee until Thursday Night. The congresswoman is in hot water over comments she has made in the past including endorsements of political violence and is currently facing calls to be expelled from the House of Representatives, after the house voted to strip her of her committee assignments.

Greene is no stranger to controversy bursting onto the political scene last summer as a known follower of QAnon, the conspiracy theory that alleges a cabal of Satan worshipping pedophiles control the Democratic Party, the News Media, and the Government, and that former President Donald Trump was secretly waging a campaign against them. However, Greene has attempted to distance herself from the theory since taking office. Greene also promoted the debunked conspiracy theory that the election was stolen as a result of massive voter fraud in her home state, though she alleges that fraud only occurred in the presidential race, not her congressional race, despite the fact that the races were conducted on the same ballots.

However, Greene’s most recent troubles began with a CNN KFile Investigation which found that in 2018 and 2019 she had liked Facebook comments advocating the murder of alleged “Deep State” FBI agents, and many prominent Democrats including a comment regarding House Speaker Nancy Pelosi that stated “a bullet to the head would be quicker” CNN also found that she had she had replied to a commenter calling for the hanging of Former President Obama and Former Secretary of State Hillary Clinton saying “Stage is being set. Players being put in place. We must be patient. This must be done perfectly or liberal judges would let them off.”

Since CNN’s investigation similar posts have come to light. A video surfaced of Greene in 2019 harassing Marjory Stoneman Douglas Shooting Survivor and co-founder of March for our Lives, David Hogg, as he walked to the Capitol to lobby congress. In the video, she falsely accuses Hogg of being funded by George Soros, a prominent Jewish Billionaire and benefactor who is often the subject of anti-Semitic conspiracy theories. She also mentions that she “carries a gun” in the video which many have interpreted as a threat against Hogg. She also came under fire for repeatedly suggesting that the Stoneman Douglas and Sandy Hook Shootings were false flag attacks.

Greene has also falsely suggested in the past that California Wildfires were caused by a “laser beam” from outer space, controlled by former Governor of California Jerry Brown, Utility Company Pacific Gas and Electric, and Investment Firm Rothschild Inc. Many have interpreted the conspiracy theory as anti-Semitic as Rothschild is a frequent target of such theories, though she did not explicitly claim “Jewish Space Lasers” were responsible as some have alleged.

Most recently, a video from 2019 has surfaced of Greene encouraging supporters to “flood” and “go inside” the capitol and other federal buildings, in an eerily similar fashion to the events that unfolded on January 6th of this year. Greene has also given interviews in which she falsely alleges a plane never hit the Pentagon on 9/11 and that former President Obama is Muslim.

In response to the CNN Report and the other posts that have leaked, Greene has faced swift condemnation from the public and prominent Democrats. She has also faced backlash within her own party with Senate Minority Leader Mitch McConnell saying that someone who supports such conspiracies “is not living in reality” without specifically naming Greene.

There have also been calls for Greene to be severely punished for her actions with many supporting expulsion.  Rep. Jimmy Gomez (D – CA) has already proposed a resolution to expel her from Congress; however, expulsion requires a two-thirds majority of Congress to vote in favor requiring dozens of House Republicans to join Democrats in voting in favor, which appears unlikely.

Unlike expulsion, this move required only a simple majority, which Democrats as the majority party in the House already had, which made this move nearly certain. However, a representative being stripped of his, her, or their committee assignments by the opposing party is unprecedented, and many are concerned the move could open the door to an era of partisan bickering over committee assignments and allow Republicans to retaliate against Democratic congress-people. On Wednesday Night, McCarthy said in response to a Democratic ultimatum over stripping Greene of her committee assignments, “Never in the history of Congress have people been deciding where other parties are putting people on committees.”