In My Words: Why Titans Should Learn About Ruth Bader Ginsburg 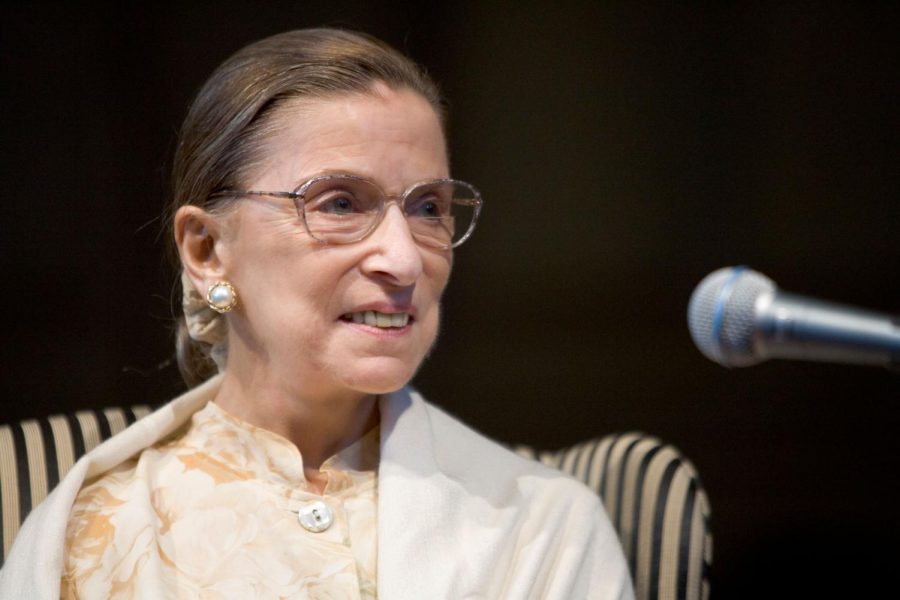 Named to the Supreme Court in 1993, Justice Ruth Bader Ginsburg was only the 2nd woman at the time to be a Supreme Court Justice. Photo Credit: https://www.flickr.com/photos/[email protected]/10843463784

Robert Kennedy commented that only a few of us will be able to “bend history.” Without a doubt, Ruth Bader Ginsburg, also known as the notorious RBG, did some heavy bending.

Ginsburg is one of those exceptional people who only comes along once in a generation. She improved the lives of all Americans and she cared about the plight of all people whether she had ever met them or not.

I was lucky enough to be working at The Supreme Court during Ginsburg’s first term as a messenger. While there, I learned that Ginsburg took the time to get know everyone, no matter their station in life.

To some justices, I was the nameless kid who was part of a custom of helping them put on their judicial robes before entering the court room. But Ginsburg radiated kindness. She took the time to get to know my name and always greeted me when she entered the robing room.

Supreme Court police officers are another group of people that many justices overlook. However, not only did Ginsburg get to know them, but she also dropped them handwritten, encouraging notes from time to time. Yvonne Hopwood, a friend who worked as an officer while I was at the court, shared a note with me that Ginsburg wrote to Hopwood when she retired.

Gerald Lowe, who was Ginsburg’s personal messenger for a number of years and an old friend of mine, recounted that she never stopped being a teacher. She went out of her way to talk to school groups, often pulling out her copy of the US Constitution that she always had with her. She also insisted on and loved throwing birthday parties for all members of her chambers.

My marching orders from Mr. Schwartz in writing this article was to portray why Titans should learn about the notorious RBG.

Not only was Ginsburg kind and thoughtful towards every person in her life, but she also improved the rights and lives of women across the country. Many of Ginsburg’s civil rights cases were argued on behalf of male clients. This was a brilliant legal strategy that proves that if we have a more equal society, we all win.

Titans, if you are a female involved in sports, you can give some thanks to Ginsburg. When you get a job and pay is more commensurate to your male colleagues, you should also thank Ginsburg. Titan Alumni Noel Hielpern and Hannah Donovan Stoops attended or are attending the Virginia Military Academy due to an opinion that RBG penned. When you have your own children, your daughters will undoubtedly have more opportunities thanks to RBG.

Ginsburg also drastically improved LBGTQ rights by consistently making sure their rights were protected in cases that were decided by the court.

Beyond her importance in history, however, Ginsburg was just a good person. She could be friends with her legal opposite, Antonin Scalia and she even shared her workout routine with Steven Colbert. A hilarious example of how she never took herself too seriously.

Physically, Ginsburg is perhaps the smallest justice ever to serve on the highest court in the land. But, despite her stature, she was a legal and intellectual giant. In a politically divided country where the future is incredibly uncertain, Ginsburg’s passing is undoubtedly a hard hit to take. At the same time, she would want us to move forward stronger than ever before. Thus, I will leave you with my favorite Ginsburg quote in hopes that it will move us forward on an even more positive path than she set forth. “Reacting in anger or annoyance will not advance one’s ability to persuade.”