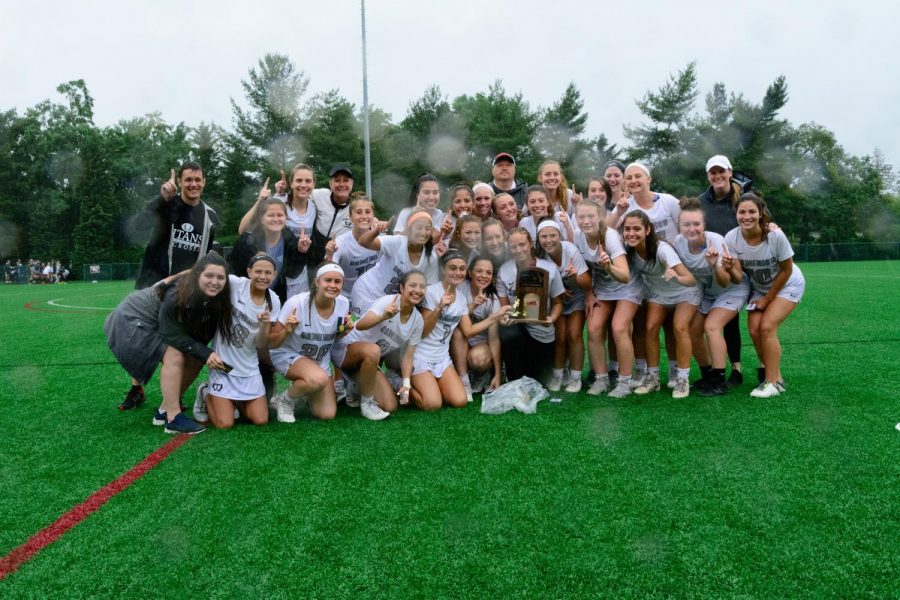 Courtesy of the yearbook

Girls Lacrosse begins the quest for back-to-back state titles in the game of the week.

Why: The Girls Varsity Lacrosse scrimmage on Saturday, March 7th is the scrimmage of the week because the team is working on towards winning their second state championship, so they would appreciate the support, especially since they are playing a harder team than who they normally play. Paul VI Catholic is a competitive private school, so they won’t be playing them again this season. Coach Traynor sees this scrimmage as a “great opportunity for us to try different combinations on the field.”

Who to Look For: There are many experienced players on the team who will be leaders on the field this year. Trayner saya “Mya Brock, Jessie Lee, and Mina Saljuki will lead as seniors.  Their high level of play and leadership will be key.” There are also a few younger players to look out for such as Jessi Montgomery, Tierney Schiable, Ashlyn Hickey, and Molly Battaglia. Although this year’s team is smaller, there is more depth in the team.

Why Should Students Go: Students should go to the scrimmage this Saturday because this is the beginning of another successful season for the titans, as they are looking to win another state championship this year.