Check This Out: Dr. Who 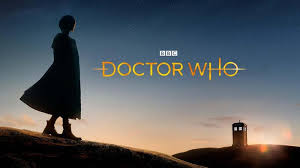 Isabella recommends checking out Dr. Who on BBC.

Where: iTunes and BBC America

When: Sunday, BBC America New episodes on Saturdays at 9:00 pm ET and iTunes

Why: “Doctor Who” is a British TV show that has been running since 1963. Doctor Who is about a time-traveling alien named The Doctor. The Doctor goes on crazy, fun, and dangerous adventures with their companions. Series 12 features The Doctor (Jodie Whittaker) and companions Yasmin Khan (Mandip Gill), Ryan Sinclair (Tosin Cole), and Graham O’Brien (Bradley Walsh).

“Doctor Who” is such an entertaining show to watch. If you are looking to watch a show full of adventure, “Doctor Who” is definitely the show. Every episode makes a commentary about the world around us as a whole. It’s also a binge-watch worthy show.