Check This Out: Daybreak 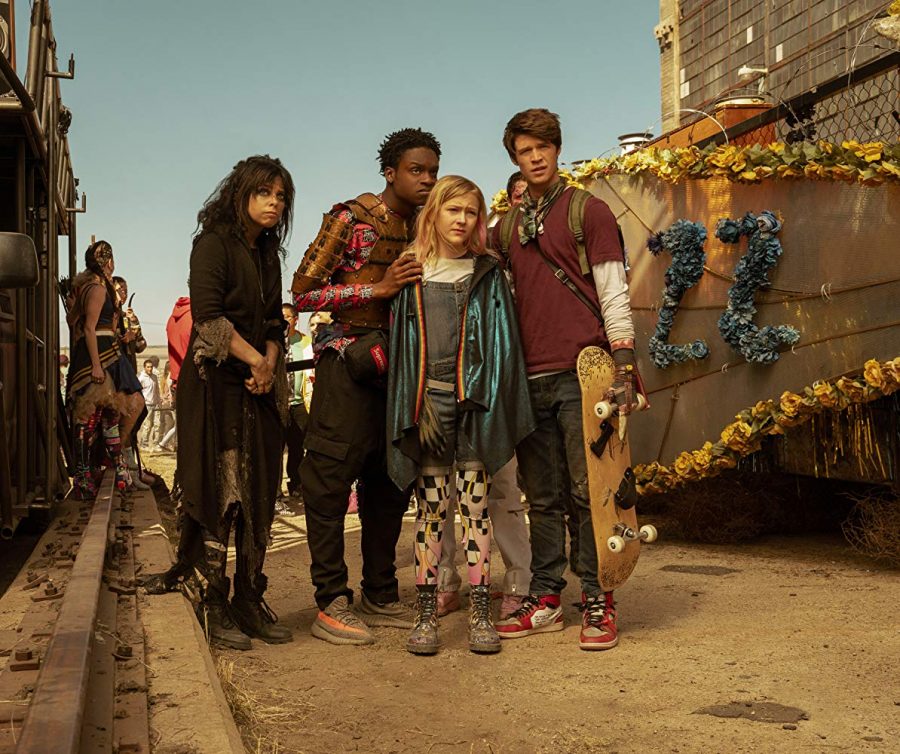 Daybreak is a TV show on Netflix which surrounds around a global apocalypse.

Why: A newly released Netflix series, Daybreak narrates the fictional possibility of a nuclear war and resulting global apocalypse. While the adults were infected or killed by the chemical agents in the bombs, teenagers were left unharmed to rule over Los Angeles. Left to fend for themselves, they formed tribes based off the stereotypical cliques of high school in an attempt to return to the norm. The main character, Josh Wheeler, struggles to find a tribe until he meets Angelica and Wesley, two adversaries from his life before the bombs went off. They slowly form close bonds and expand to form their own tribe, while combating their common enemies: the Jocks and the mysterious Baron Triumph, and dealing with regrets from their former lives.

This show entertained me for weeks on end, and I believe it  would for anyone who enjoys a teenage comedy and drama, with a hint of the “zombie apocalypse” influence. In my opinion, the high relatability of this show also entertains, through showing us issues and instances we have experienced ourselves as teenagers. For those interested, work on a second season has already begun and its debut is anticipated for late 2020.