Game of the Week: Volleyball vs. Independence 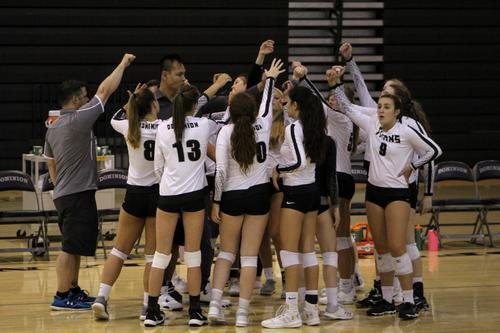 Why: The game will be played against the Independence Tigers, this will be the second time the Titans play Independence in volleyball, beating them out 3-1.

Season recap: The Titans as of right now hold an 8-3 record, taking care of tough opponents like Loudoun Valley and Broad Run. They also beat their Sterling rival, Potomac Falls, twice this year.

Why Students Should Go: Come out and watch the Titans compete against the new Independence Tigers for the second time this season. Dominions past success against the Tigers should should make for a great energy on the court.