Game of the Week: Homecoming Football Game vs. Rock Ridge 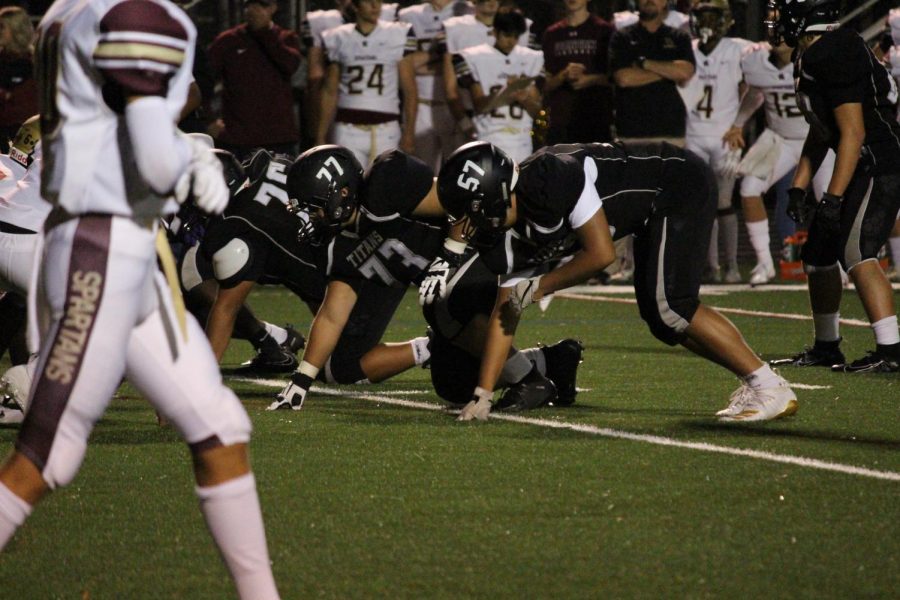 Dominion looks for their first win of the season in a homecoming battle against Rock Ridge.

Game: Friday 7pm vs Rock Ridge
Why: The Titans look for their first win of the season after a brutal opening season schedule. They take on a Rock Ridge team that lost 38-8 to Briar Woods a week ago, comparatively the Titans only lost to Briar 29-21. In their homecoming week, the Titans will be looking to give their fans and their seniors a chance to see an exciting win.
Who to Look For: Keep an eye out for OL/DL Jimmy Christ, RB/WR Trey Hayes, QB Henry Fleckner, and CB/RB Demetrius Summers

Season Recap: The Titans have had a rough go of it so far this year at home, having taken on two of the best teams in Loudoun County in Broad Run and Woodgrove. They also lost to Potomac Falls and Briar Woods on the road, but have maybe found their quarterback of the future in freshman Henry Fleckner.

Why Should Students Go: The Titans need the support they have from this school, as both coaches and players talked about its importance. “Every game is important that we have a great presence from our fans,” Coach Woodard said. “They are the #1 supporters here at Dominion and we love to have them at our backs.” Receiver Elijah Armenteros echoed that sentiment, but also reminded everyone that Woodard used to teach and coach at Rock Ridge. “A lot hangs on this game we expect to come out on top this week and get Coach Woodard his first win as a Titan,” Armenteros said.